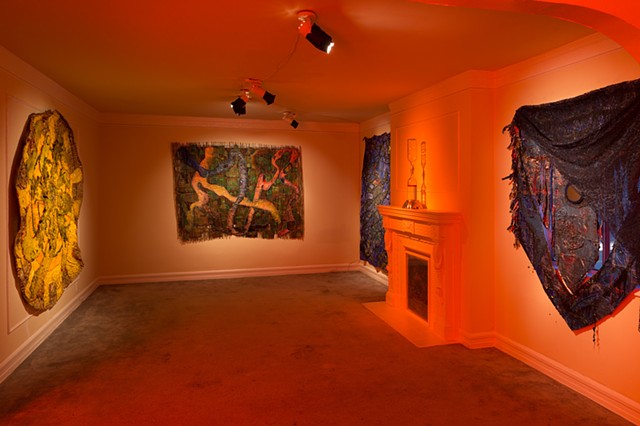 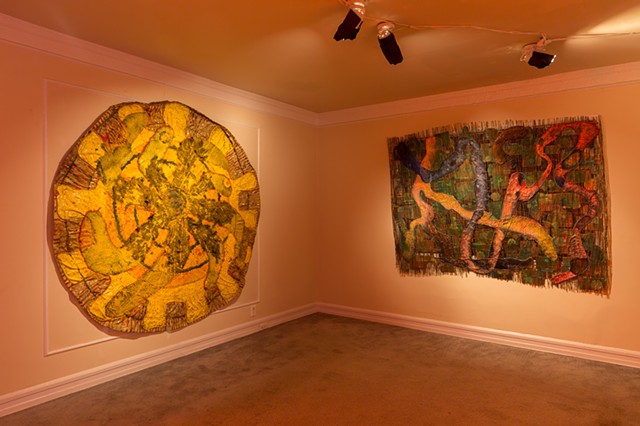 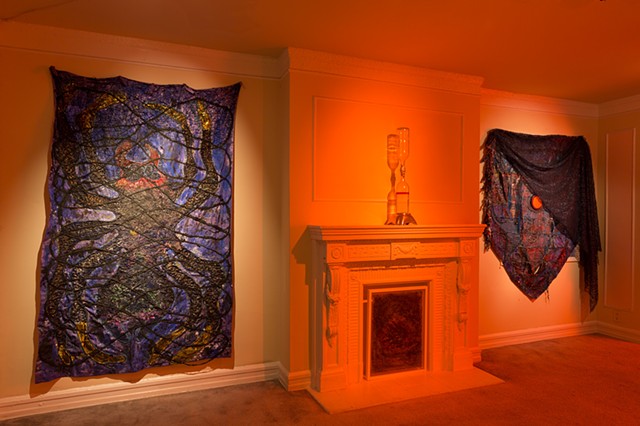 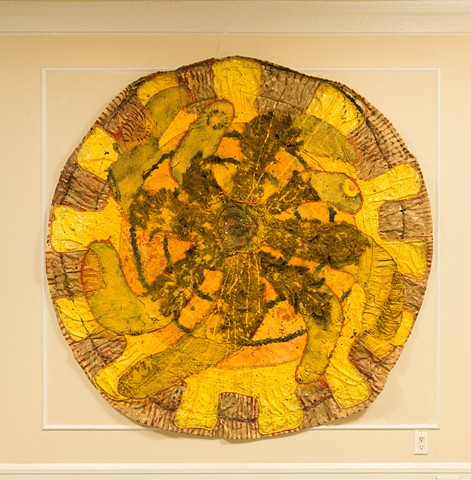 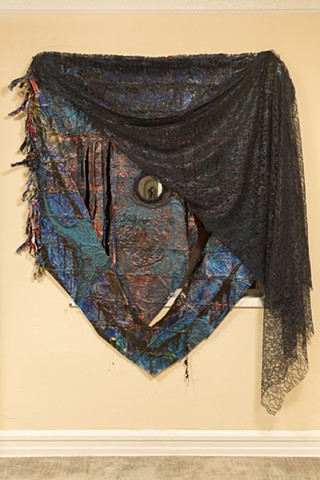 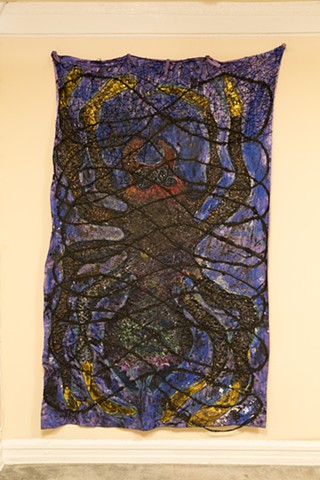 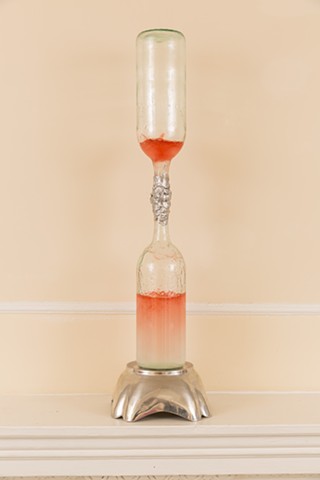 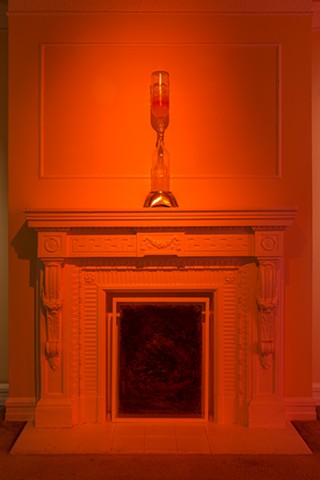 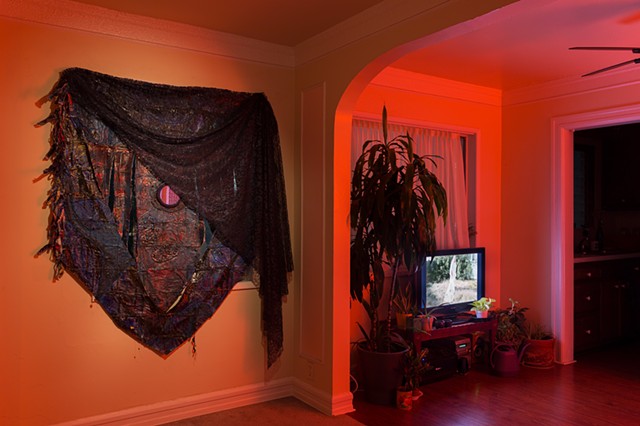 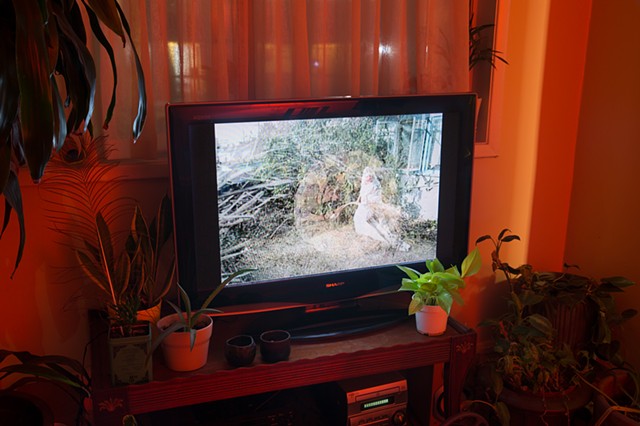 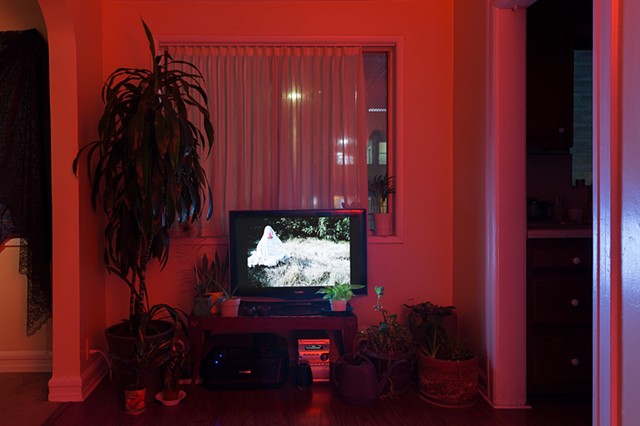 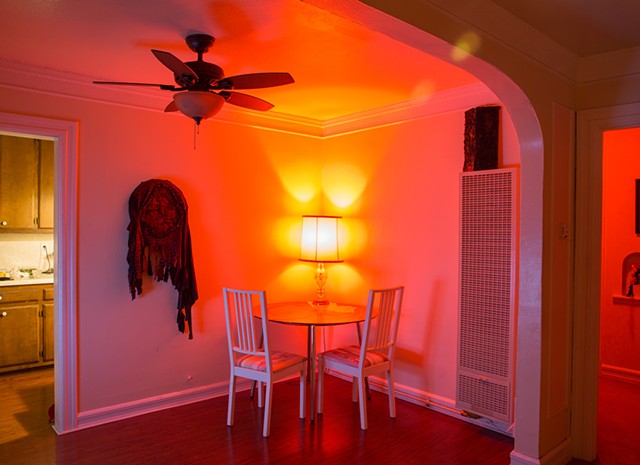 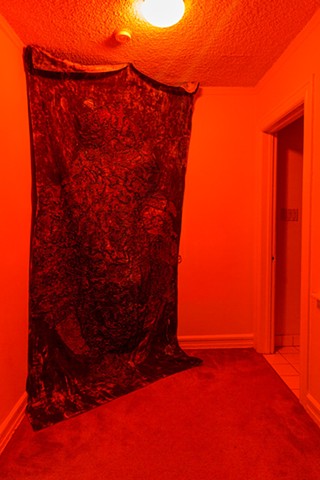 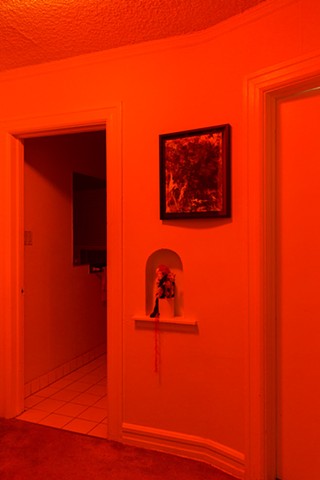 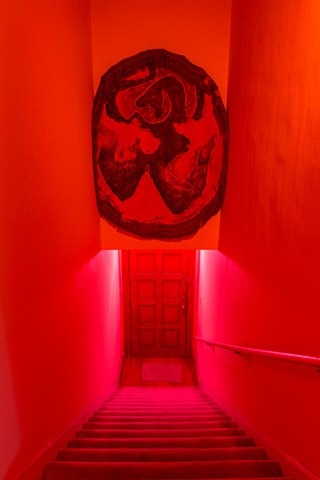 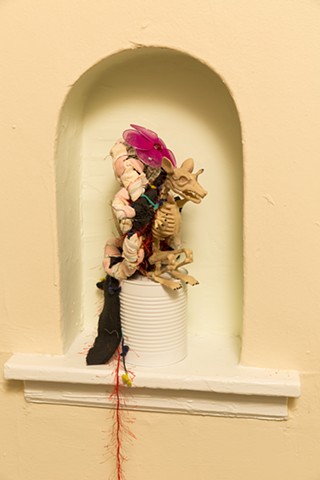 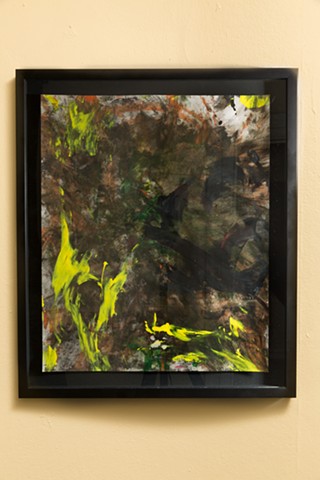 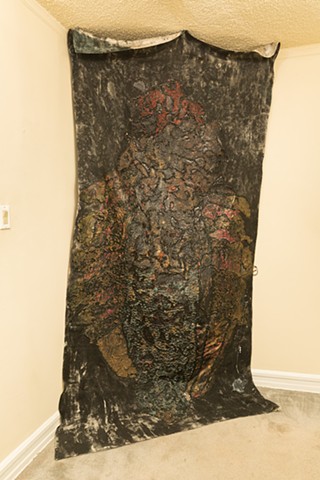 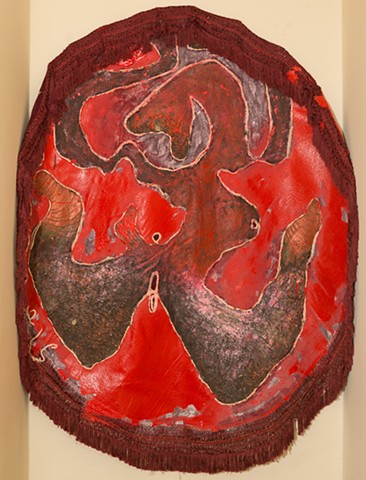 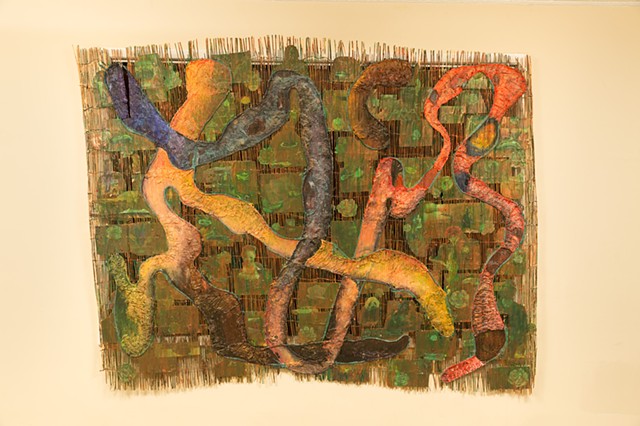 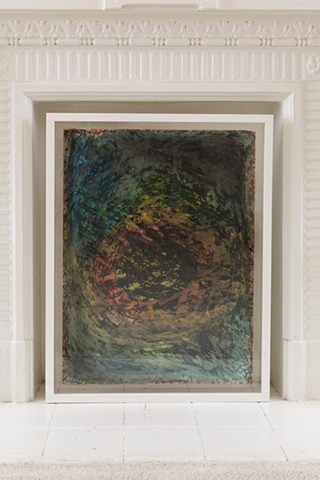 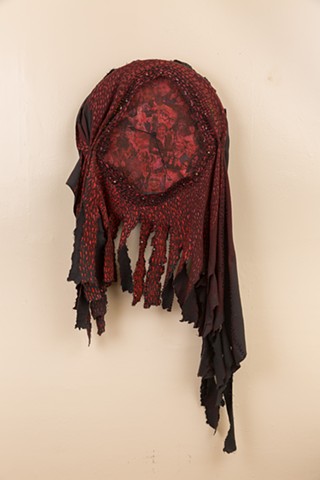 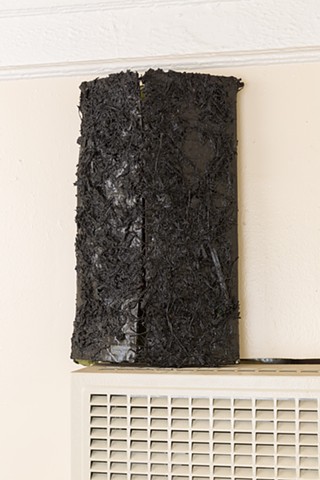 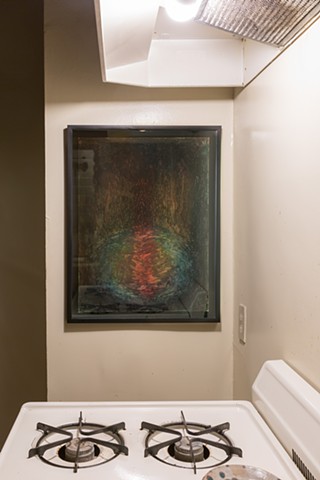 The earth is seeking reclamation, wounded much like the other.

Water weeps into a veil Aether is tangled in a web of infinity Earth is covered in worms and a migrating raven burns in the Sun.

Transformed as tapestries, emblems, or shields the elements with their familiar the Stigma Fog Saint absorb our traumas, set to block out the light of progress, existing on the other side.

Jennings creates forms and textures to manifest notions of the monstrous and non-human, commenting on the circumstance of being othered. This action is paired with the natural elements linking the exploitation of othered bodies to that of mother earth. The material processes have also been used to allow spaces of chance to occur in an effort to allow material agencies to rise, mirroring the timed existence of the earth’s catastrophes and the pains of social uprising.

The process of yarn dipped in paint used as a drawing tool has allowed for moments of chance to take place. Jennings is unable to fully control the ways in which the lubricated fibers shift and leave their marks, taking pleasure in the analogy of giving birth through paint smeared yarn functioning as umbilical cords, mindful of the phenomena of being and circumstance. The use of yarn also brings up sentiments related to woman’s craft, carving out a space made through that of embroidery where both women’s independence and subjugation are found.

The act of adding earth including sand, dirt, compost, and pebbles to fluid house paints has aided in the investigation of textures, senses and notions of skin. In many instances Jennings is unable to predict how the surfaces will form, not knowing whether they’ll crack, crumble or hold. Developing modes of cement, encasing stigmas of the monstrous, and grotesque, all the while preserving elements of the terrain.

Jennings is primarily drawn to using fabric surfaces due to their economic value and ability to push up against the boundaries of stretched primed canvas, panels, and squares, the hegemony. A gesture which disrupts normative structures. The domestic realities of these fabrics have beengiven a new existence while continuing to carry with them their origins, for there is something familiar that lies beneath the paint. Abode Gallery, Los Angeles, CA March 9 – June 9, 2018 Gallery hours every Sunday 10am-3pm