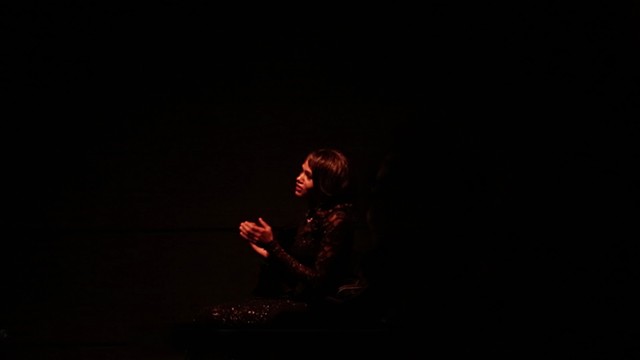 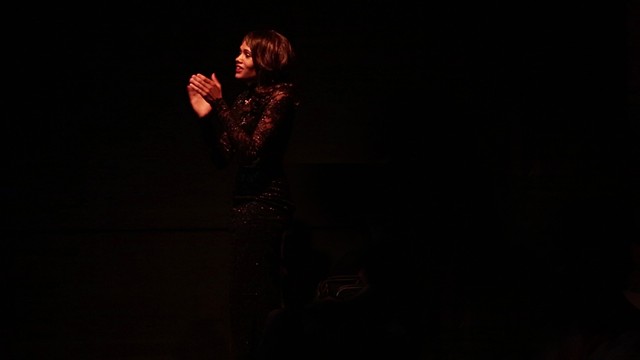 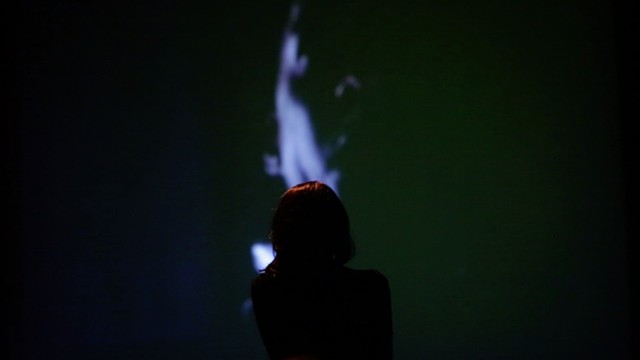 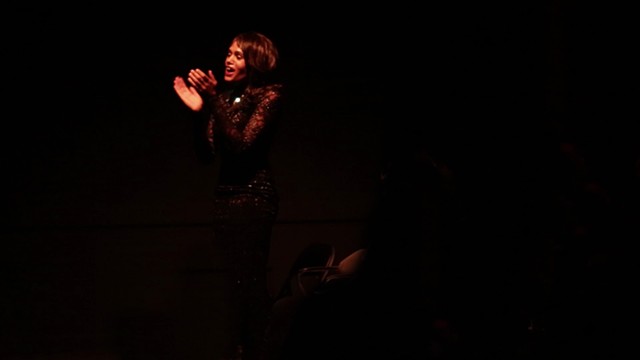 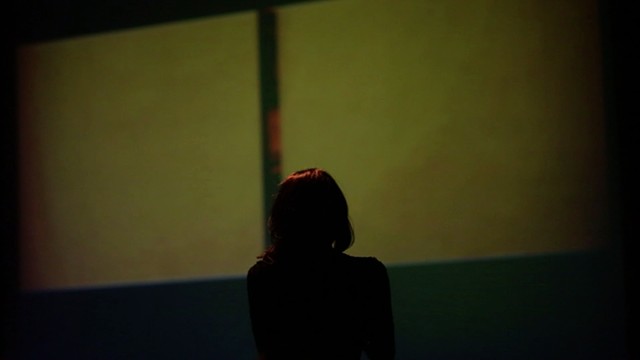 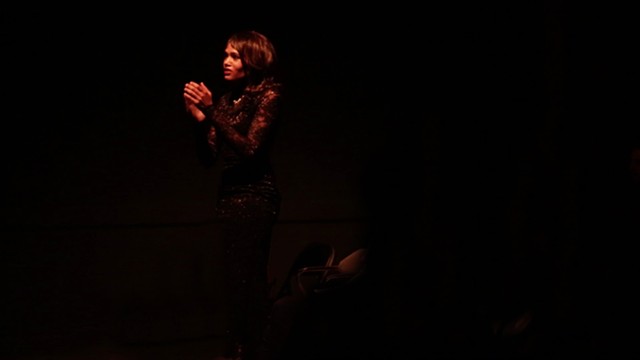 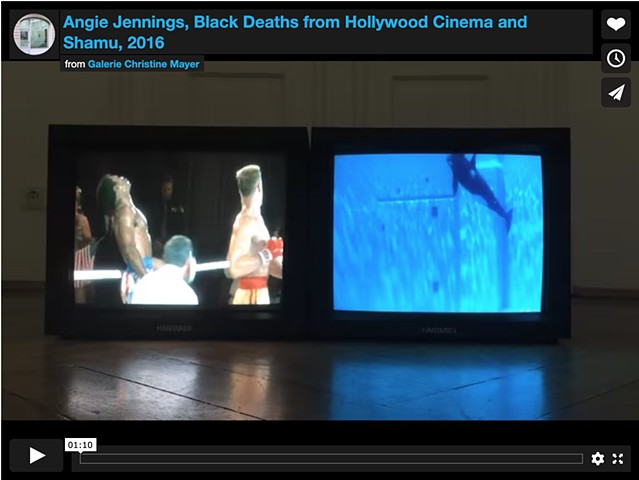 Video complied of scenes taken from mainly horror and sci fi films where there is usually only one black actor. These actors play the role of black death, they are killed. For the première I dressed up as through I was attending an award show, I wore a black tight fitting lacey dress, an auburn wig, gold heels, and glamorous makeup. After each scene of black death I rose out of my reserved seat in the front row and showed my admiration with applause and words of praise. These adulations were made in respect for the actors who have taken on the roles of black death.